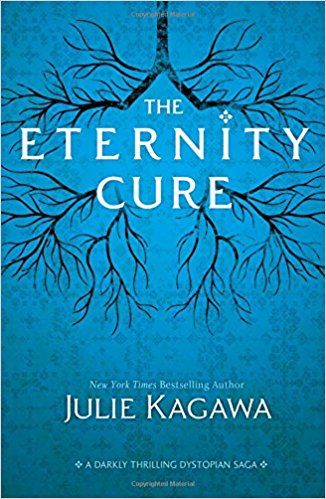 Time it took me to read: 3 days

Allison has become the monster that she always feared: she’s a vampire, and there is no way for her to control her need for human blood. But she has promised herself that she’ll never lose her humanity. She delivered the humans she was travelling with to Eden, their safe haven, and now she must go after her vampire sire, Kanin, who’s distress calls to her in her dreams.

During this thrilling sequel to The Immortal Rules, Allison will find unlikely allies and run into shadows from her past. But in the vampire world, Allison will discover that it is often difficult to determine who is the hunter and who is the prey.

Hi everybody, so this is my first review of a sequel to a book I’ve already read, so this will be kind of interesting. This review may technically contain spoilers to The Immortal Rules, so if you are wanting to check that one out, maybe skip this review for now. You’ve been warned.

Anyway, I really liked this book, a lot more than I liked the first one. And for me, that’s always what I’m looking for when I read series. I look for books that get better and better as the series goes on, and so far Kagawa is delivering.

At the end of the last book, Allison had to leave her humans, including Zeke, behind in Eden so she could go look for Kanin, her vampire mentor, who had been kidnapped and was being tortured. I was really hoping this book wouldn’t go too long without having Zeke come back, and all I’ll say is I wasn’t disappointed.

A lot of my problems with the first book were resolved in this one. I feel as if Allison was a lot more consistent as a character, she wasn’t as all over the place as she was in the first book. Also, the story picked up a lot more quickly in this one, there wasn’t as much backstory to trudge through. Though, to be fair, in this story a lot of the stuff that I assumed was fairly useless backstory became pretty relevant to the plot in this sequel, so even though it was super heavy on the background in the first book, much of it came into play during this one.

This book continues Kagawa’s trend of writing a unique world of dystopia. It’s typical in the way that monsters outnumber the humans, but unique in that the main character is one of the monsters, and in this book, Allison never tries to deny that she is a monster, which I think is some really great character development for her.

My favorite thing about this story, I think, is that there is this one character, Stick, from Allison’s past, that used to be her friend. He goes through this crazy transformation and basically becomes her enemy, and I thought that by the end they would maybe reconcile at least, if not end up working together. But by the end, there was no redemption arc for him at all, and it was totally brutal and vicious, but I thought it was a daring choice and I liked it a lot.

I guess I should probably justify why this book isn’t getting a full five stars, and, you know, it’s kind of difficult to put into words. I think it’s just because this book, even though it really is paced much better than its prequel, is still a little bit slow for me. It doesn’t grip me and keep me flipping pages rapidly. Like I could basically put that book down at any point during the climax and not be dying to know what happens, and that’s one of my favorite things about reading.

In the end, I’d absolutely recommend this series. Even though the first book didn’t get a totally favorable review for me, I think that you should definitely give it a try, particularly if you like either dystopia or are looking to read a very unique vampire story. And I can’t wait to read the last book in the trilogy, I’m sure you’ll hear from me about that soon.

Typically, I’d post four other similar books that you should read if you enjoyed The Eternity Cure, but it would basically be the same ones I recommended for The Immortal Rules, so I’m going to skip that this time.

If you missed my review for The Immortal Rules, click the link and it’ll take you there. See you all next week!